We came over to England to help the mother country get back on her feet after her war with Germany. Our mother was waiting for us with open arms. At least that’s what we were told. The reality was a little different. This poem is dedicated to all those young men and women of the 50’s, 60’s and 70’s who could not find a way through the silent but deadly racism and one particular victim still haunts me.

I first met him in 1965 at the Labour Exchange in Spurstow Terrace in Hackney. He was playing the fool and making a lot of noise as he waited to collect his unemployment benefits. He was young and life was in the future and he was just doing this until he got a job. He obviously could not live on the pittance he was handed out. He could only afford chicken back with that, but he was OK, living at home with Mum and Dad and no bills.

I was lucky, the Royal Navy came to my rescue and I did not see him again until 1973, when I came out of the Navy and went to the Unemployment Office again to sign on. He was still making the same noises and I realised that this place was contaminated and if I stayed I too would be stained with the lethargy and hopelessness that I witnessed there. I never went back.

In that stark moment I realised that Britain give you the pittance to stop you being a nuisance and if you could reduce your spend to the point where you could live on the benefits, then the children of the wealthy could carry on eating steaks and drinking champagne and you would carry on blaming yourself for your continued failure.

Out of that moment of truth and a walk down Ridley Road market one day, came this poem: “Packit Eena Mi Han”.

It is in heavy Jamaican patois because that’s who we were and deep down who we are, where we all started out, so let your mind focus and concentrate. The understanding will come.

Posted by Roy Merchant at 07:12 No comments: 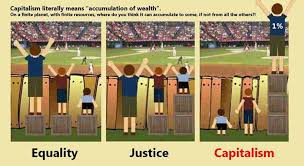 A section from my upcoming book
“Rhythms Of My Life”


Equality and Capitalism
I wish I knew at 20 how difficult the battle would be for human equality on this planet. It was obvious to see that it was going to take some time for everyone to get a fair share of the spoils of living on planet Earth. But at 20 I thought, give it a few years and it would all be sorted, because us humans are basically good people and would see the right way and do the right thing in the end.

All I can say is that the end is nowhere in sight and equality is a distant dream. I think that what I failed to understand or comprehend is the fear that drives some of our actions. For us all to be equal, some people have to give something up, either some of the wealth accumulated or in some cases stolen over the last 1000 years, the knowledge we have been keeping to ourselves about how to do things, or simple suspending the belief that we are better than everyone else and that’s why we have as much resources as we do.

Once we stop thinking that nature has given us an entitlement to the wealth, education, knowledge etc., and that actually, we may have just been lucky, we will be able to correct the way we think the world works. The trouble is we are selfish beings and confuse the strategy we need as individuals living out the next few years and the human race trying to outlive time. I think in the end we will find the solutions to these struggles and forget that they were ever there. The trouble is that it takes millenniums for this to happen and individually we are only allotted 70 years to live, so we can never see the outcomes.

I wish I knew at twenty that Capitalism was not going to be the solution for humanity’s woes. That in the end it created more problems than it could ever solve and the only beneficiaries were the super-rich.

Do not get me wrong, I am not poor, whatever that means. I mean that I have enough food to eat, clothes to wear and a roof over my head. I live on a pension which I spent a lot of time and money accruing during my working years. I retired some years ago due to ill health and reaching the ripe old age of 65.

I am part of the baby boomers, that lucky generation of people who live in the Western Capitalist system, who were born between 1945 and 1965. The golden years after the Second World War, where there was a massive rebuilding and research programme based on science, technology and capital investment.

Whatever we did turned to gold. All our investments paid off, it did not take a great deal of skill to keep or maintain our wealth. It simply grew. We bought a house and the value would increase whilst we slept. The price of everything came down year on year. Disposable income went up and most people could afford a house, if they really wanted to.

Poverty in the UK during the 60’s and 70’s was not real poverty, not compared to the deprivation I had witnessed in Bombay, Subic Bay and Hong Kong, or the abject emptiness I had heard of in parts of Africa. In England, people complained about indigence, without ever really knowing what it was. I ignored the empty noise as I truly felt that ignorance of what it is to go without food and water for days made people imagine that they were worse off than they actually were. The soft belly of the welfare state had the effect of keeping the poor and unearning anaesthetised from the reality of poverty.

In the great competition between the richer and the poorer, the richer found ways of ensuring that the poorer remained uneducated and ill equipped to challenge their children for the spoils of the land. The poorer became reconciled, sedated, and almost asleep to the aspirational possibilities that the post war opportunities presented to the winners of the war in the west.

The super-rich were taking the acquisition of resources to another level and between 1960 and 2016, the grabbing of worldwide resources by the super-rich, became obscene. Over twenty trillion pounds of the world’s resources has been stolen in some cases, but certainly trapped and stored away by the super-rich in off shore funds, gold and private banks. Far away from the prying eyes of governments and their tax officials.

This money would never again see the light of day, because it would never be needed for day to day survival or expenses. This was money to ensure, or is it insure, that these families are moneyed for 5,000 years. If that means 10 million people die of hunger in Africa or Asia, what concern was it of theirs?

“These poor people, did not know what it was like to work hard anyway, they sat down all day waiting for someone to hand them something to eat, these poorer people are like cockroaches, who are not really fit to be in the same species as the winners”, says the super-rich and their sycophants.

People escaping from the wars created by the super-rich to make more money, were decried by the west as immigrants, terrorists and other negative stereotypes to enable the poor to fight amongst each other.

Slowly the middle classes were being destroyed by the power of the super-rich, so in the end there will only be the super-rich and the serfs.

No one wanted to be seen as poor, so everyone became temporary poor, so all the systems that would have helped people with low income were ridiculed and killed off by the very people, they were originally intended for. The middle classes were so busy making sure that the poorer ones were not bridging the gap between them, they failed to see how far ahead the super-rich were leaving them behind.

And the poorer, who had been kept uninformed on purpose as part of the “killing off the competition” programme, did what they always do. They had long ago given up on blaming the rich for anything, as it has always given them more problems than it was worth. However, they still needed someone to blame for their ills, and the easy target was someone even worse off than them.

Imagine, blaming someone with even less power than you for the problems you have. If they were that powerful, surely they would not be worse off than you. When you are kept uninformed and uneducated, logic escapes and flees in exasperation.
Posted by Roy Merchant at 08:53 No comments: