I have been writing a collection of short stories with the working title "Images". This story is "Trouble At Manger", and I wanted to share it at Xmas with you.

It is the story of the birth of Jesus from the point of view of Mary, Joseph, Herod, Augustus, John The Baptist and finally Jesus. This chapter looks at the story from Joseph's point of view. Let me know what you think and:

It is now two days after Jesus’s birth. It is Sunday the 27th December, in the year 748 Ab Urbe Condita (AUC).
This calendar is the one being used by the Romans during this period – 001 AUC represents the year Rome was allegedly founded.

We are in Bethlehem with Joseph, Mary, The Shepherds who are Asher, Zebulun, Justus, Nicodemus, Joseph, Barshabba, and Jose and the 3 Wise men namely Balthasar, Melchior and Gaspar, or Basanater, Hor, and Karsudan, as they were known by the Ethiopians, and the enormity of the future is beginning to sink in to Joseph. He was a quiet man, never made a fuss about anything. Everything about him was unruffled and smooth as the wood he used to plane as a carpenter, and that’s the way he liked it, until now.

Joseph always saw his thoughts as part of his internal world, and they had to be managed very well. He always knew that words were a very important part of thoughts. The building blocks of ideas that change things for the better or for, the worse and that you had to weigh up and deeply consider what your words and consequentially your thoughts implied.

You then had to decide which of those myriads of emotions you should send into your external world as actions. For once you had crossed the border and translated your thought into deed, there was just no going back. And not all thought was worthy of exploitation.

Joseph came out of the manger as the moon was in mid sky and sighed. He saw the silver moonlight reflecting off the Dead Sea and tasted the salt as the waves meandered about way below and he was afraid.

During the stifled laughs, silent screams muted cacophony that was buzzing around the manger, Jesus opened his tiny little eyes, and the noise in the barn came to an abrupt halt. He then kept his mouth tightly closed and spoke in the most primordial of ways using only his eyes, to Joseph. The way humans communicated way before we had the voice and could make noise and Joseph understood everything.

He saw the likely alternatives that were going to be presented to him and his family over the coming years and the consequences of them all. And it was up to him to decide which actions he would have to take to keep his family safe. “God had entrusted his only begotten son to me, a carpenter named Joseph”, he thought. He looked up to high heaven and said “Father, I place into your hands, the things I cannot do, the future I cannot control and the events I cannot envisage and as he finished, he was sure the moon smiled back at him.

The wise men and the shepherds had also felt Jesus’s communication, although they were sure they had heard an angel speaking to Joseph. They too knew what had to be done. Jesus was going to be circumcised quietly on the 8th day, he would be presented on the 40th, and the young family would need to get to Cairo in Egypt before the alarm bells started ringing in King Herod and Caesar Augustus’s ear. They simply had to escape from the paranoia of the clinically depressed King Herod the Great and those Roman soldiers.

The wise men and the shepherds waved goodbye to Mary and Joseph as they went back to the reality of their own lives, joyful of the things they had seen. Mary and Joseph went from house to house, hiding and keeping very quiet, whilst they carried out the Lord’s instructions.

On the night of the 40th day, while the Roman soldiers were coming up the very steep hill to Bethlehem to search the houses again, Joseph, Mary and Jesus were sneaking down the other side and on their way to Egypt.

They would not return until they heard that King Herod had died in the year 4BC or 751AUC. Jesus was now 3 years old and finally safe. His final journey could begin. The family went to live in a place that would come to be known as Nazareth, where he remained almost invisible.

Mary and Joseph had six other children, James, Joseph, Simon, Judas and Jesus’s 2 sisters and they all grew up peacefully in Nazareth, while Herod Antipas, who had taken over after the death of his father Herod the Great, ruled all over Judea. He would later have John the Baptist beheaded when Salome asked him to, but all that was to come.

In fact, Jesus was hardly heard of again until he was 12 years old in 6AD, or 760 AUC when he was observed discussing the scriptures in the temple with the scholars.

The Jesus of Nazareth we have come to know was slowly beginning to emerge.

And he would change the world. 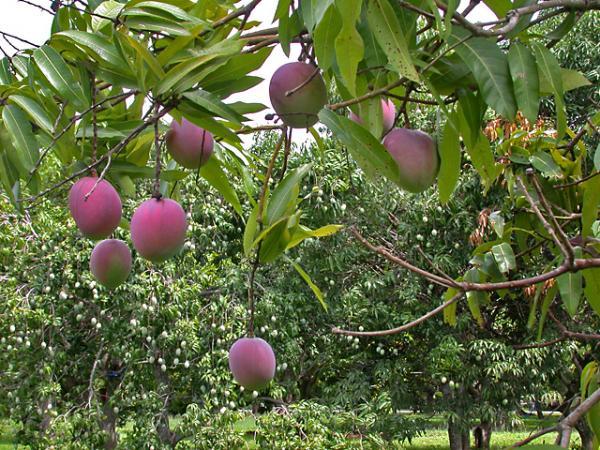 I have so many memories of my childhood,
Each one, so vivid and clear.
They are like giant, but silent Mahoe trees
Dominating the landscapes of my dreams.
Seeing all, and yet so large
They are almost invisible.

The recollections are almost Omni-prescient
Using prophetic words just like a mantic
Referring me back to a distant past
And showing me a far-off future
All at the same time.

And each night I travel back to the forest,
With bamboo leaves on the ground
Cushioning my fall, as the branch
I was hoping to clasp on the way down
Escapes my grasp yet again.
I fall into the eiderdown of the bamboo leaves
And I am safe once more.

In the noon of the day
We go scrumping for mangoes
On the farms, hanging off the sides
Of the Blue Mountain.
Unafraid in our arrogance,
We think no harm can come of us.

The farmer sees us coming yet again,
The fifth time for the week.
He sharpens his machete across the stone
And looks at us in glee.
“Come,” he says with his eyes
“I dare you to come” he stares
Hands akimbo, cutlass blade ready to strike
He hopes our arrogance will cease.

I am sitting at the top of the tree.
And I gauge how far it is to the ground.
I am calculating how many branches I will need to swing on
To avoid his slashing blade.
He spies me in the tree,
He thinks he knows the only thing I can do.
He moves over to where he imagines I will land,
And I busily recalculate.

We stay motionless for an eternity.
Both waiting for the moment to strike.
Me, the nearest branch of the tree
And him, wherever his machete lands.

My young brother and my cousin shouts and run past him,
And his blade swings in their direction.
I know he is now distracted,
And I make my first move to land.
I swing to one branch going East, and he follows.
I catch another bough going West, and he is lost
My last branch still goes West, and he is defeated.
I land, roll forward and run in one all-encompassing move.

The four of us just kept running
Until Church Hill, our village came into view
By now the poor farmer had given up the chase
He paused under a Star Apple tree and smiled
Caught the cool breeze as it bounced off the mountain
His job done for another day.

And these memories keep coming back to me
Reminding me of who I am
I smile as I remember My Jamaica
And like the giant Iroko of my African Ancestors
The Mahoe tree smiles back at me.

Posted by Roy Merchant at 06:09 No comments: